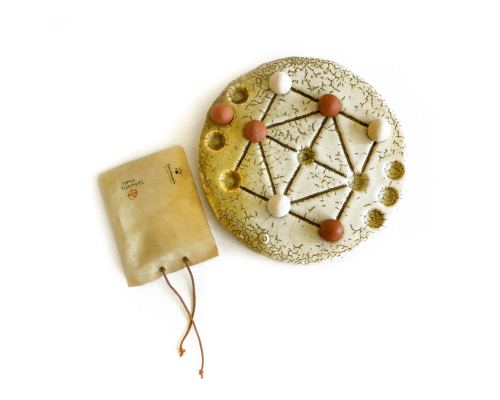 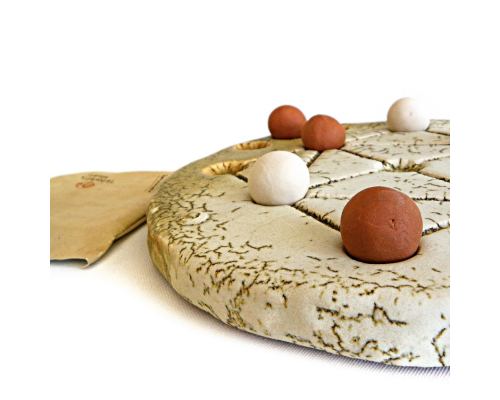 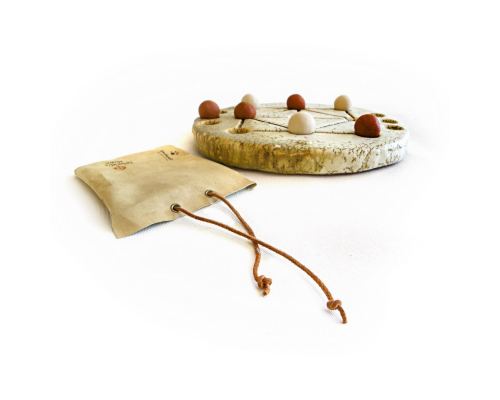 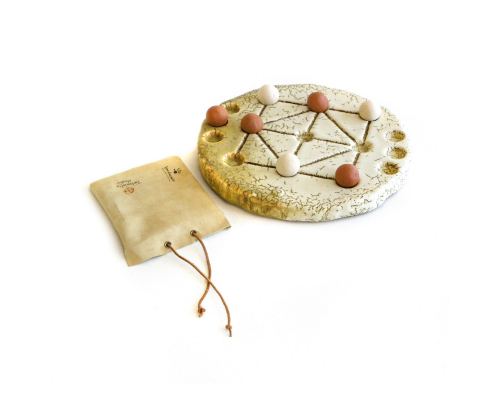 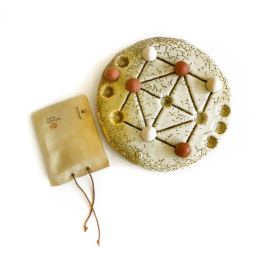 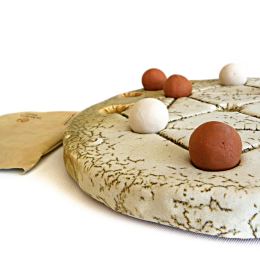 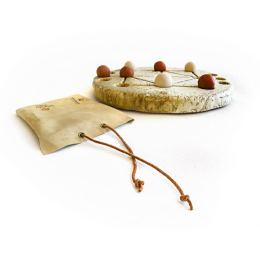 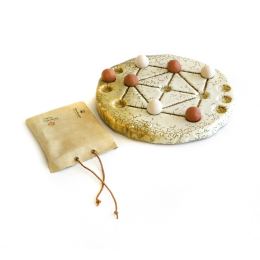 
Share:
Item Description
Impressive Decorative Ceramic Tic Tac Toe or  "Noughts & Crosses" Board Game Artwork, with Wonderful Marble Colors.
Round Bright Beige Color Game Board with Slots and Cracle Texture.
This Tic Tac Toe isPerfect for Home, Office or Outdoor Table Decor or a "must-have" Artwork Piece for Art Enthusiasts and Collectors.
This Tic Tac Toe Game Set Consists of 1 Ceramic (Stoneware Quality) Game Board, 8 Ceramic Marbles of Exceptional Quality and Craftsmanship.
Wonderful Version of Tic Tac Toe, One of the Most Popular Games Worldwide Dated Back to 16th BC.
This Captivating Handmade Tic Tac Toe Game is a Fabulous Decorative Piece That Can Also be Used to Play With.
Dimensions:
Height 1.2" (3cm)
Diameter 10.2" (26cm)
Total weight 4.8 lbs (2.2kg)
Additional info:
Tic Tac Toe (also called ‘noughts and crosses’, ‘X's and O's’ and ‘X and 0’) is a pencil and paper game for two players, X and O, who take turns marking the spaces in a 3×3 grid. The X player usually goes first.
The player who succeeds in placing three respective marks in a horizontal, vertical, or diagonal row wins the game.
Tic Tac Toe is one of the most widely known games. Found everywhere, from the temples of ancient Egypt to the medieval cathedrals of England, Tic Tac Toe has entertained people for centuries.
During the Middle Ages, the Magic Square was known by secret societies as the Cabala of the Nine Chambers whereby they believed that the Magic Square held a numerological message about the world.
Stoneware Info: