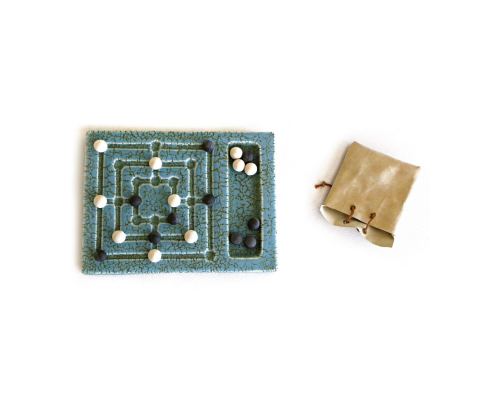 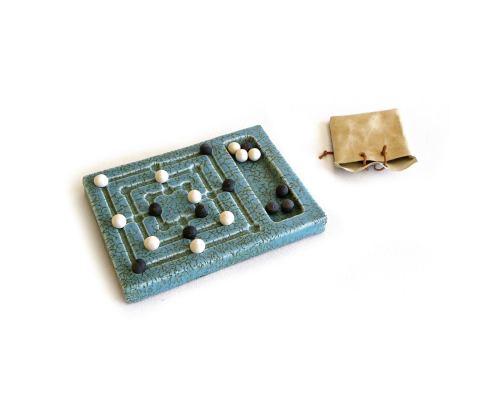 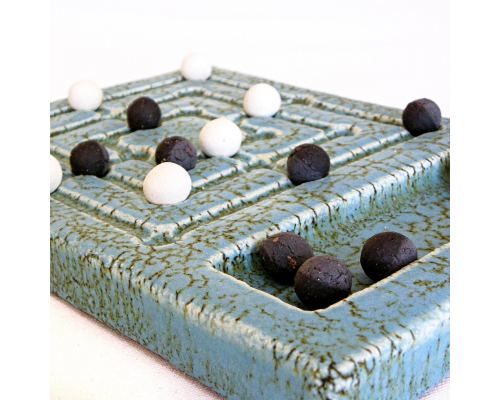 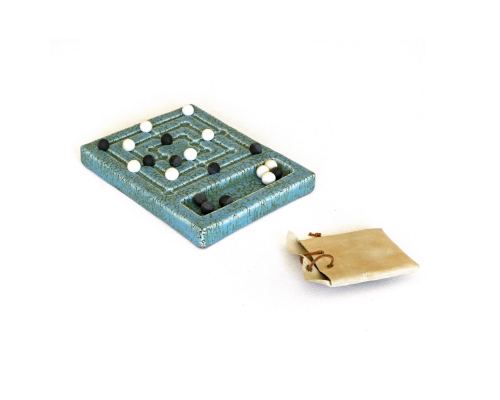 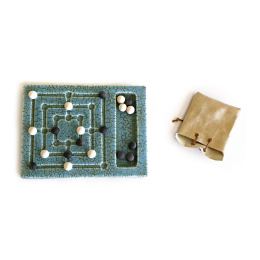 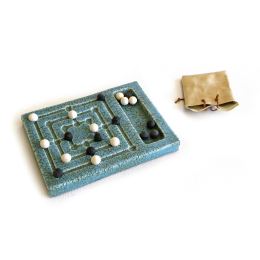 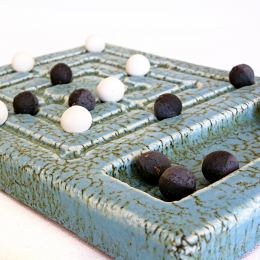 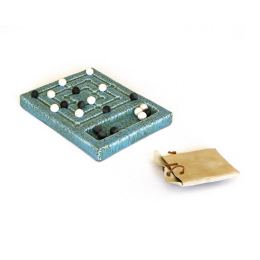 
Share:
‹ Previous item Next item ›
Item Description
Exclusive High Quality Ceramic Replica of The Historic "Nine Men's Morris" Board Game.
Nine Men's Morris Game with Rectangular Light Blue Color Slotted Board With Lovely Crackle Texture Along with a Tray for the Black and White Marble Pieces.
Handcrafted and Handpainted with Care This Extraordinary Nine Men's Morris Board Game, Infuses Style and Joyful Appeal to your Decoration.
Suitable for Either Decorating or For Gaming Purposes.
Marvelous Nine Men's Morris Game Ceramic Reproduction, a "must-have" Creation for Game Lovers and Collectors.
This Nine Men's Morris Board Game Replica Set Consists of 1 Ceramic (Stoneware Quality) Game Board, 18 Ceramic Marbles (Pawns).
Dimensions:
Length 9" (23cm)
Width 6.7" (17cm)
Height 1.2" (3cm)
Total weight 4.4 lbs (2.0kg)
Additional info:
Nine Men's Morris game is a solved board game in which either player can force the game into a draw. Each player has nine pieces, or "men", which move among the board's twenty-four spots.
The object of the game is to leave the opposing player with fewer than three pieces or, as in checkers, no legal moves.
Nine Men's Morris game is believed to be one of the oldest games in history. It is an alignment and configuration game that is found widely around the world.
The earliest known diagram of this game was found in an Egyptian temple dating around 1440 BC. Other boards have been discovered in Ceylon of Sri Lanka (c. AD 10) and in the Gokstad Viking ship (c. AD 900).
In Ceylon two boards are cut on the steps leading to the hill at Mihimtali and others are found on a rock near Lankarama dagaba.
Evidence of the board scratched in the ground has also been found in the Bronze-Age Ireland, ancient Troy and Southwestern U.S. It was widely played during the Middle Ages, the most popular in the 14th and 15th Century.
Stoneware Info: